I was invited to attend an event that was to show the many talented people we have here in Wolverhampton. I was asked to show my Forensic Art and was delighted to be able to do a live demonstration while I was there
The event was hosted by Wolverhampton Homes at the Molineux Stadium home of the Wolves and sponsors of Wolverhampton Homes.
I felt honoured to has been included in this event and I really hope that I have brought some attention to one of many crime fighting tools we have. I have been asked to participate in another one towards the end of the year and we hope to include the presence of other Police Organisations.


If you have any questions about forensic art, or are just interested in finding out about this valuable tool then please visit my website where you will find, videos, articles and illustrations that my be of interest to you.

Posted by Jane Billingham Forensic Artist at 12:02 No comments: Links to this post

Can You Identify Me? 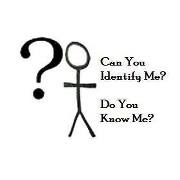 Since becoming a forensic artist I have had the fortune to meet some of the most dedicated people in the quest of  naming the unidentified. Rebel J Morris the founder of Can You Identify Me and forensic Artist Betsy James Cooper who later joined forces with Rebel to bring one of the most expanding nonprofit organisations across the USA have been working to get these unidentified victims home. Read On..........

CAN YOU IDENTIFY ME HISTORY/TIMELINE
2007
Can You Identify Me was born in 2007 as a blog dedicated to ’s Unidentified. It brings these individuals back to life if only for a brief moment to share some invaluable information along with their forensic reconstructions. Can You Identify Me gives the victim a first-person narrative and temporary Doe name until someone out there recognizes them. Once they are identified, they can be reunited with their families and the victims can rest in peace with a tombstone shining with their given name.
2008
The site starts to grow, reaching hundreds of new people and peaking in the thousands.
2009
The founder, Rebel J. Morris, retires from her paralegal career. She discovers social media and Can You Identify Me starts to find a wider audience.
2010
The networking of the victims has grown to new levels reaching out to a larger and more expansive audience.
Founder Rebel J. Morris teams up with forensic artist Betsy James Cooper.
Can You Identify Me commences a flyer program recruiting truck drivers to distribute the flyers on their routes, and for the general public to distribute in the neighborhoods.
Early 2011
Rebel J. Morris and Betsy James Cooper join forces with a deputy coroner, an Emmy-winning former ’s Most Wanted producer and a mother who’s experienced the devastation of finding her missing daughter in a morgue as a Jane Doe.
Betsy James Cooper, as Executive Director of Forensic Art, commences providing free forensic art services for law enforcement throughout the country.
Can You Identify Me has expanded to start a national non-profit.
The expansion of the awareness for ’s Unidentified grows and the site is receiving thousands and thousands of views for these victims.
Mid 2011
Can You Identify Me plans to take the blog to an entirely new level by creating a wonderful website that will be interactive for law enforcement and educational for the public.
The flyer program now reaches new levels.
Can You Identify Me gains national and international media coverage.
Can You Identify Me is granted its Federal 501c3 status and the board of directors pushes forward with new plans for 2012.
Late 2011
The flyer program takes on new volunteers and plans to increase its distribution throughout the country.
Can You Identify Me increases national and international awareness of ’s Unidentified, reaching over 50 countries that span across 6 continents. Through its vast social network, Can You Identify Me now reaches hundreds of thousands of views for these victims.
The website development is underway.
Can You Identify Me? is a nonprofit dedicated to ’s Unidentified.

You probably know by now that thousands of people have died in and we don’t know their names. They are labeled John and Jane Doe. Some are buried in pauper’s graves; some remain on shelves in coroner’s offices throughout the country. They are ’s Unidentified.
You are currently visiting our unique blog experience. While dedicated to ’s Unidentified this experience differs from others. It’s not just the facts ma’am. CYIM gives each Doe featured in a narrative a temporary name, restoring each Doe's voice for a moment. CYIM features two to four narratives each month.
While our main site is under construction you will also find access to the Walls of Unidentified throughout the years, and our flyer program here on this site.
TEAM CYIM is working to bring forth a whole new dimension that will make a positive impact toward resolution of ’s Unidentified.

Rebel J Morris
Combining her knowledge of legal, administration and management, Rebel J Morris served for eighteen years as a certified paralegal. In her early years she worked her way up the chain for an Orange County Law Firm. During her service for the OC Law Firm she served as paralegal, civil litigation case manager and head of the commercial collection department. She maintained a solid closure rating, bringing both attorney & clients to amicable resolutions. After her twelve year tenure with the OC Law Firm she ventured out and founded Impartial Inc. where she served as CEO. While running Impartial she worked with both attorney and business clients. She would help the attorney organize his litigation through discovery with the goal toward amicable resolution. She would help the client organize their business operations for optimal performance.
In 2007, while still running Impartial she started the cold case blog, Can You Identify Me? Now retired from her paralegal career she serves full time running Can You Identify Me? which continues to grow daily. She serves not only as a cold case blogger, and blog manager, but also a liaison between the Missing and Unidentified Community to law enforcement throughout the country.

Betsy James Cooper
Betsy James Cooper attended the University of Texas Health Science Center in . Through the Dental department she developed a unique curriculum for her forensic studies. Her courses ranged from Forensic Pathology and Anthropology to studies in Criminal Investigation.
In 1987, the contracted Cooper’s services to assist in the identification of their John Doe cases. To release this information to the public Cooper published a monthly column titled “Unidentified Person”.
Over the years Cooper has performed a variety of art services to aid in the apprehension of criminal offenders. Some of these services include composite drawings, three-dimensional facial reconstructions, two-dimensional reconstructions, age progression of wanted fugitives and image enhancement. Cooper’s artwork has been featured on ABC, CBS, NBC and FOX. She has worked with “Unsolved Mysteries” and her cases have been featured on “’s Most Wanted” and the “Oprah Winfrey Show.”
Today, Betsy James Cooper has teamed up with Can You Identify Me? Together they have a plan to help solve the silent epidemic known as ’s Unidentified.
Founding Board Members:
Rebel J. Morris
Betsy James Cooper
Alice de Sturler
Mary Weir
Terri Ann Palumbo
Kelly Riddle
Board Advisors:
David Van Norman
Brian Jones
Jim Flynn
Volunteers:
Beth T (Senior Volunteer) While a writer at heart, Beth's professional career has been in retail management. She joined CYIM in 2010 as a site administrator and quickly became much more to the team. She now serves CYIM as both an administrator and cold case blogger.
(Senior Volunteer) brings her talents to CYIM where she volunteers with several programs including the flyer program and the awareness program in addition to spearheading special projects. ’s work experience, natural skills, and passion for researching and unearthing the truth drew her to CYIM’s DOE cases. is a writer, an advocate for human and animal rights, and, as of late 2009,a CERT Team member.
Sheri K. (Volunteer Copy Editor) Sheri has a Bachelor’s Degree in English from in and a Certificate in Copyediting from UC San Diego Extension. After several years as a mystery bookstore owner, she has turned her passion for the written word to copyediting. Sheri volunteers her time and skills to Can You Identify Me? with the hope that her gifts will help identify the missing and bring closure to their families.
Kevin R. (Flyer Program)
Marian D. (Research)
Holly W. (Office Assistant)
Glenn H. (Grants)
Margaret S. (Marketing)
with Special Thanks to our web designers:
Amanda R. & Greg B.
9550 S Eastern Ave #253
Las Vegas, NV 89123
702-462-7243
http://www.facebook.com/pages/Can-You-Identify-Me/106800782693328
https://twitter.com/#!/canUidentifyme
Posted by Jane Billingham Forensic Artist at 11:45 No comments: Links to this post